In case you missed this news from awhile back, here’s a quick background. 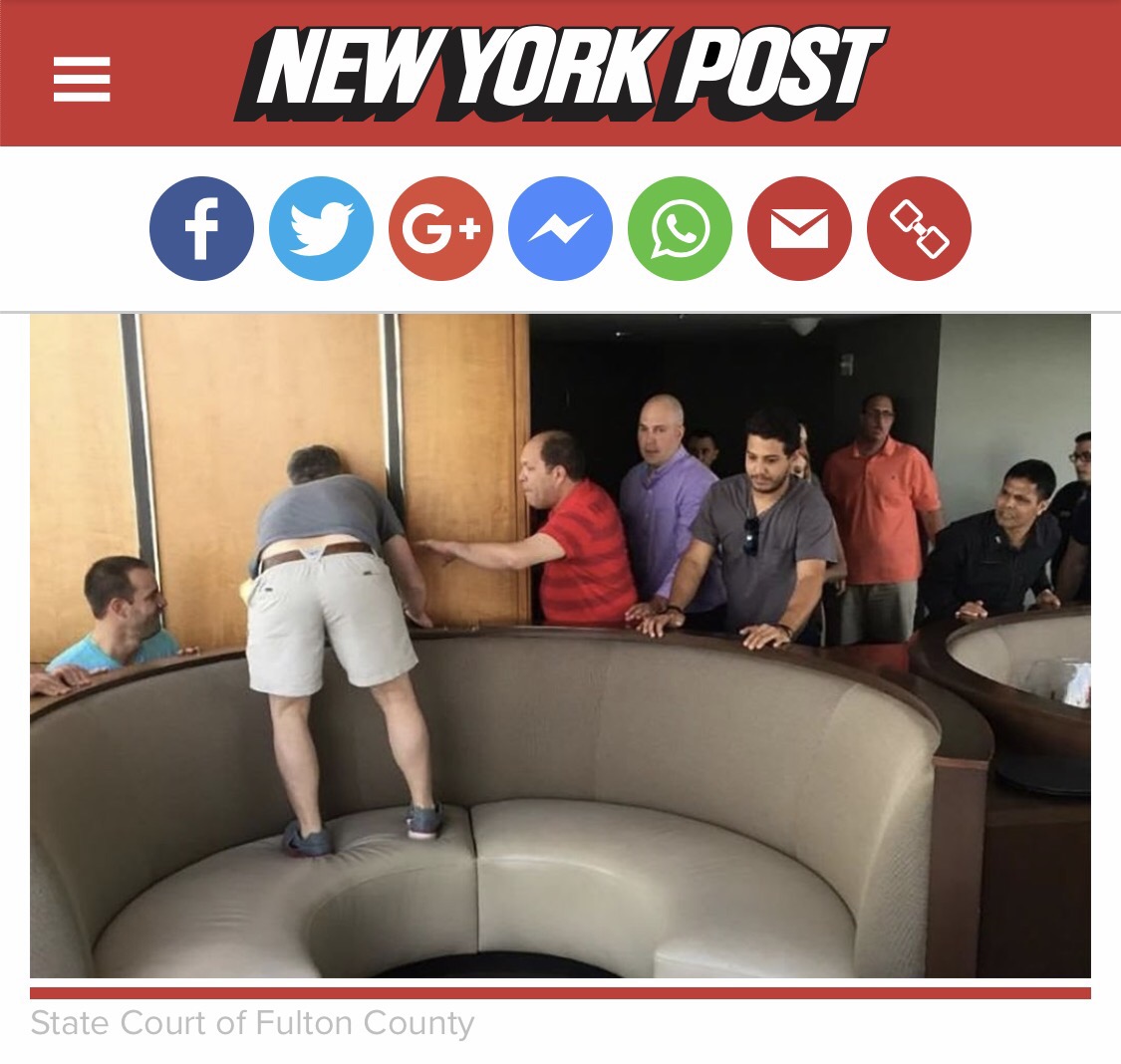 On April 14, a 5 year old boy was killed when he was stuck in a corner and his skull got crushed by a wall at the Sun Dial Rotating Restaurant in Atlanta. The boy later identified as Charles Holt was dining with his parents when he wandered a few feet away from his mom and dad (who claimed they were right behind him) got trapped between a wooden booth and a wooden wall. His parents tried to pull him out but was unable to move him. Until a staff went into another room to shut down the rotating platform.

The boy was taken to Grady Memorial Hospital where he died after a few hours.

Now the parents are suing the company, management, and staff.

In the lawsuit the parents point out that “The control box that controlled the rotation of the platform was mounted against the ceiling in a separate room away from the pinch point.”

And that there were no protections to stop children from getting trapped at a “pinch point” and there were no emergency stop mechanisms.

They claim that the lawsuit is to ensure that no other family goes to the same ordeal they did.

There are three points worth thinking about for parents following this news.

1. It can happen to anyone. If you scroll through the comments section of the CNN article parent shamers are at it again, blaming the parents for what had happened. With some pointing out they would never let go of their children in a public place, they would hold on tight, the parents were negligent etc. etc.

Which brings us to our first point, how many of you have never, ever, really let go of their 5-year old’s hand in a restaurant? Never?

The restaurant is located atop the Westin PeachTree Plaza Hotel. It’s a Hotel. Which most parents trust should be safe for their family, which most parents trust should be managed properly to ensure the safety of all the members of the family including small children. They did not take the child to a night club, it was a hotel, a family hotel, with a restaurant where families (with little children) sometimes dine.

Is there really a parent out there who can claim that they have never ever let go of their children’s hand inside a hotel?

We all do. Because we trust hotels to make sure all nooks and corners are safe for families yes even small children, or atleast put a warning sign somewhere to alert the parents saying “Hey hold on to your children because this rotating floor right here can kill them”.

Truth of the matter is, it can happen to anyone, and there’s no need to shame the parents who just lost their baby boy.

People online have lost touch with what makes them human, the impersonal nature of interaction online has rendered us devoid of compassion.

2. The hotel and restaurant have some major explaining to do.

Why is the switch located on the ceiling in a different room?

So it would take awhile for anyone to stop the bone crushing rotation?

Why is there no emergency button located nearby? Did they not see the possibility of needing to stop the machine immediately? Have they not learned anything from escalator accidents?

Don’t big hotels especially those from popular chains hire a team of “experts” to assess accident prone areas and danger zones? This is as simple as hiring a team of over protective parents who will point out which areas are not safe!

Quick lesson for hotels building a place for families: hire mothers to manage and plan.

It is an establishment’s responsibility to ensure that the place is safe for all members of the family. If you invite a family (and make them pay hefty amount) to spend time in your establishment they trust you to make sure they will be safe.

They trust that you have planed the place carefully keeping in mind the lives of the people who will be spending time there.

3. Although I don’t think it’s wise to include the staff in the lawsuit. The report didn’t indicate which staff. Which made most people online think that they are suing all , waiters and servers included.

If this is the case then it should be worth pointing out that the staff don’t really have much of a say in the design and management of the restaurant and the hotel. They are just there to work and follow orders. Waiters are supposed to wait tables, respond to emergencies as best as they can, but they don’t normally have a say in how the place is planned, laid out, or set up.

It’s usually upper management who does the planning and in this case who probably missed the possibility of a little diner getting stuck in that particular area. Who failed to think about their patrons’ safety.

To wrap this up, it is important for all of us parents to demand a safe environment from establishments who charge us an arm and a leg for their services. It is important that we support other parents, like the parents of this boy, who have chosen to fight giant establishments in an effort to demand what parents and children deserve. It is important that we rally behind them in holding people accountable to make sure what happened to them won’t happen to us next time.

Because if these parents sit in a corner and listen to all these parent shamers who think they should just shut up, no changes will happen in that hotel’s management, they will keep little corners unsafe for our little children. And next time it could be your child in the news.