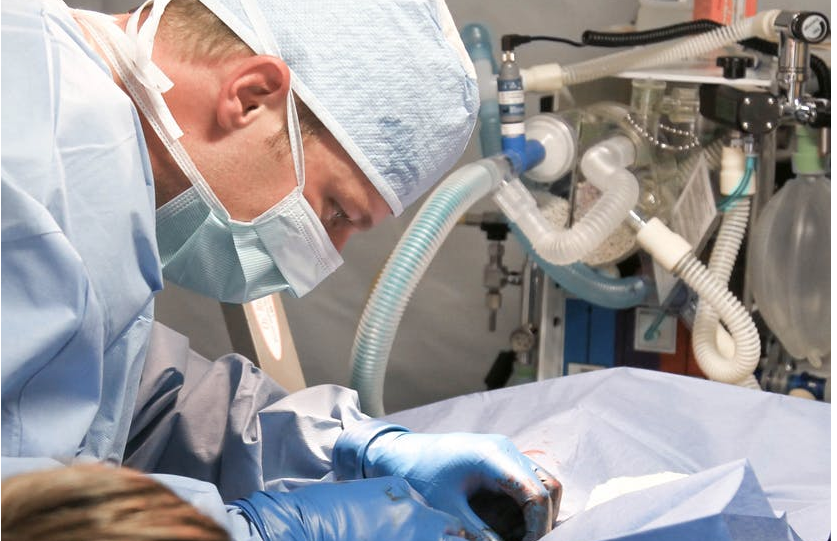 As if there aren’t enough reasons for moms to get shamed, criticized, and judged. There is now, or maybe it’s been around for awhile, such a thing as C-section shaming.

Parents are getting criticized for going under this age old procedure to deliver a baby. Moms are categorized into the natural birth moms, and the C-section moms with C-section moms getting accused of choosing an easy way, a sort of short cut.

Also read : Please don’t say this to a C-section Mom

A photographer allegedly went as far as refusing a mom’s request to take photos of her birth because a C-section is not considered giving birth.

In a post on Facebook group Sanctimommy, a mother shared a text exchange between her and a photographer who refused to document the occasion because he/she feels the mom is “cutting corners”. 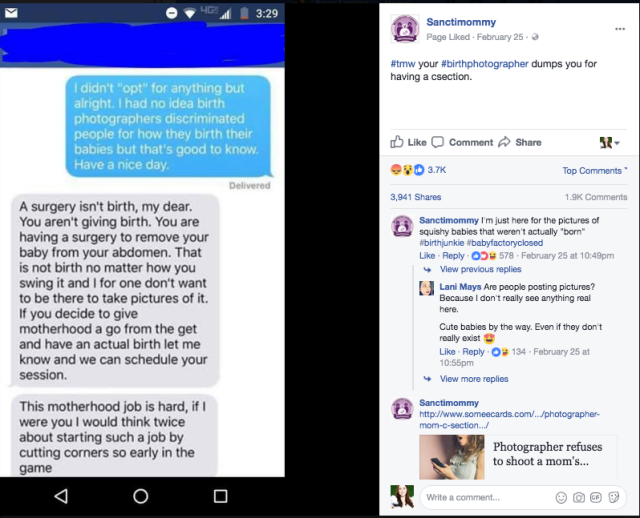 Just recently actress Kate Hudson came under fire for her answers in an interview with Cosmopolitan Magazine’s October 2017 issue. In it she had to answer some questions including one that asked “What’s the laziest thing I’ve ever done?” to which she answered “Have a C-Section!”. 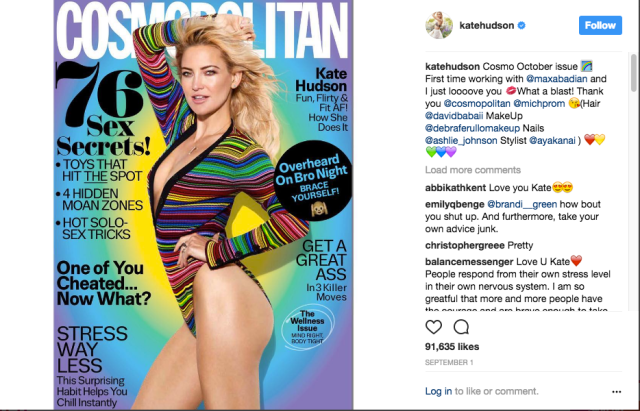 Kate’s C-section comment earned the ire of other moms who went through the procedure and are apparently tired of getting shamed for it. One mom tweeted “How in the world is having your insides cut open & moved around to deliver your baby lazy??” while another turned also to Twitter to say “i used to love #KateHudson, but I lost all respect for her. I have had 2 c sections out of necessity, so not lazy, took months to recover.”

Some even went on to explain that C-section moms are gettign shamed by the Natural birthing community and this comment from Kate Hudson is adding fuel to the already hurtful comments they are getting.

Although some are defending the actress saying this was meant to be a joke or she didn’t mean that all C-section moms are lazy for choosing the procedure  it’s just that she felt that way for hers.

In 2015 a Facebook page earned the ire of netizens for posting posters such as this one :

The Facebook page with a total of 500 followers seemed more like a troll page/ parody though. And some parents were quick to notice that these posters were not really part of an anti C-section campaign but a stunt called a trigger post to get attention.

These things make the news because apparently there is really such a thing as C-section shaming. Mothers are getting categorized for the way they delivered their babies, some are going as far as saying one group is superior over the others. The root cause of it all is to make one feel better as a parent while criticizing the parenting choices of another.