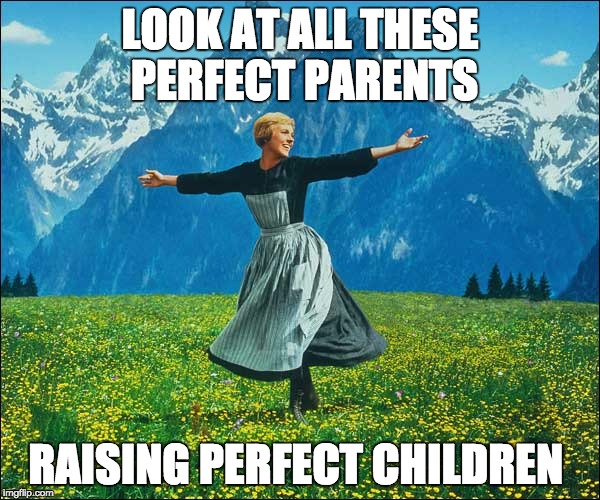 You’ve probably met one or worse lost sleep over the nasty comments spewed out by one. They roam around carrying vitriol charged comments to make others feel awful about their parenting and make themselves feel better (for being far superior).

It’s as if they have found the secret formula to becoming perfect parents and rearing perfect, flawless super human children. Here’s a quick rundown of the 4 most common types of notorious parent nazis and the perfect responses to them.

The guilt is real when you’re a working mom. And the focuzilla will never fail to remind you of your shortcomings and how much time you don’t get to spend with your children. They will brag about their decision to walk away from what could’ve been a fruitful career to focus on their precious kids. They will make you feel irresponsible for leaving your child with the baby sitter or for missing so many PTA meetings. Sometimes they will talk about how selfish working moms could be for choosing to have a job instead of sacrificing everything for the family.

No, you are not allowed to shop for nice clothes or color your hair. You’re not allowed to have frequent salon trips anymore because that’s time away from the children! She’d sometimes go: “She has time to color her hair but she didn’t have time to go to her kid’s field trip.”

Usual Dialogue: “You know you’re so brave! Me, I can’t leave my child alone with a stranger, nothing beats a mother’s care and love. That’s why I gave up my career to focus on my child. ”

Response: Not all of us married Bill Gates

Working divas are masters of multi-tasking. They will brag about the amazing ways they are able to juggle work with home life and make you feel bad for “letting go of yourself” or for “not having a life of your own.” Usually highly accomplished or earning-a-lot moms can, hence, afford an army of househelp. They will make other moms feel like they are unproductive, lazy, or wasting time all day.

They are usually the ones who will brag about their achievements (or designer bags) and snicker at the sight of a non-working mom in plain clothes. She’s basically the Regina George of the PTA.

Usual Dialogue: “So what do you do all day? Don’t you get bored?”

Response: Have you tried being home with the kids without househelp? Try it, then ask me that again!

We are seeing the rise of the healthy judgy mcjudgy moms who won’t ever let their children come near a plate of greasy fries. They cannot believe other moms’ food choices and won’t hesitate to lecture you on how much chemicals there are in a cup of jello.

They would often judge other moms who let their child binge on chocolates every once in a while as if it’s so unforgivable and you are being unbelievably irresponsible. They will look at you, your child’s donut, and then back up at you with disgust.

The worst kind is the healthy Judgy Mcjudgy mom who’s also deathly afraid of germs. They lug around a huge bag with alcohol, hand sanitizer, and a disinfectant they will spray on you and your child who’s eating a bag of chips that fell on the floor two seconds ago.

Usual Dialogue: “Are you seriously feeding your child that?”

Response: Yes! He eats dirt and sometimes his booger, too! And insects, yes, insects!

Everything is a competition for this mom. And she likes winning. For her, her child is the best, the prettiest, the smartest, and the center of the universe. Everyone at school or in the playground is competition, a potential threat to her child’s position at the top. If she sees you buy your child a bike, she’ll get him a mini motorcycle.

Motherhood is tough enough. No need to make it tougher by being at each other’s throats, judging how others are doing things, and criticizing other mothers’ choices. If you recognize any of these Nazi moms, congratulations, that means you’re not one of them. Best approach is to walk away when they get too irritating or avoid contact if you can.

Usual Dialogue:“My daughter is a dancer, a singer, an artist, a writer, she’s also the number one in her class!;”

Response: Is your child by any chance named Clark Kent?

If you recognize these comments from someone you know, the best thing to do is walk away ,while he/she is still talking, kidding! Try to avoid contact if you can and understand where these comments are coming from. She/he might have had a difficult childhood or might be overflowing with parent guilt, she too feels inept at parenting but is just afraid to admit it.

If you recognize these in you, maybe it’s time to think about how you’re making people feel with your comments. Parenting is already difficult as it is, you’d have to walk a hundred miles in another parent’s shoes to understand how it’s really like to be in her situation. You don’t know what really happens inside their home, you might not have an idea about their struggles, and problems.