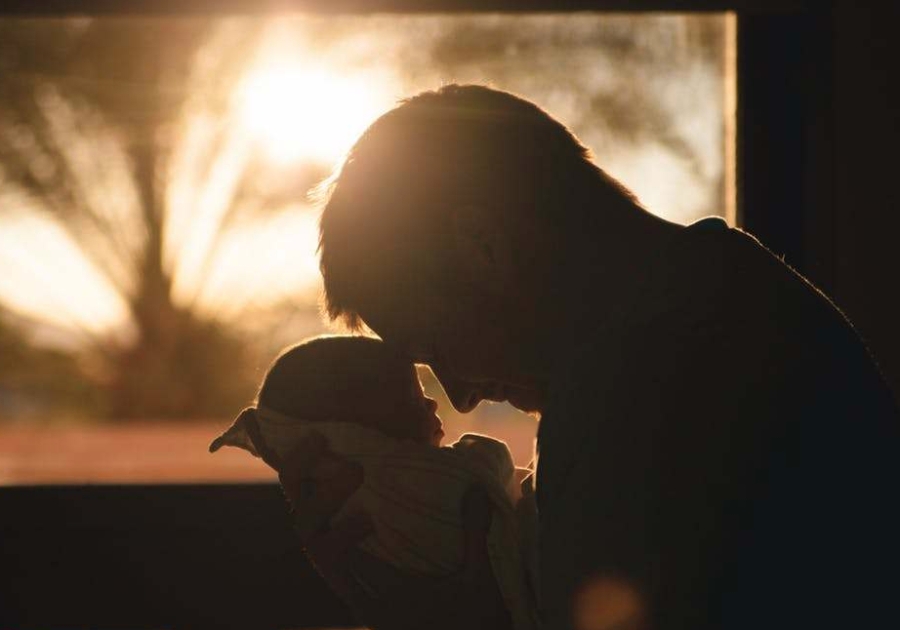 Today I sat in the car, in awe of how beautiful and captivating a parent’s love could be.

As I sat there in the passenger seat waiting, I saw a man with a ginormous backpack running across the street. He almost got run over by a vehicle which was what got my attention in the first place. He was in such a hurry with a huge smile plastered across his face that it seemed like he was floating on clouds albeit towards one direction.

His excitement was so palpable you could almost feel it from where I was sitting. I looked across the street to where this man was headed, and there it was his precious prize—a boy around 3 or 4 years old jumping up and down beside his mother.

As the Dad reached the little boy, he scooped him up, kissed his forehead and hugged him tight in an embrace so beautiful it looked almost like an artwork—full of love, full of happiness, glowing with so much positively strong emotions. The little boy was ecstatic as if he hadn’t seen his father in forever. He must have been away a couple of days, weeks, or months hence the big backpack. The father kissed the little boy’s nose and said something to him to which they both giggled.

They were glowing with so much happiness and joy it was like to them nothing else exists, just this, just this beautiful moment. Who knows how long he longed to hold his precious child? How long he had to endure whatever it was that kept him away from his boy. At that moment nothing else mattered to them both.

I really believe a parent’s love is the strongest and most beautiful force in the world.

It’s the only one that could fuel a mother running on zero sleep, one who has to watch over a child running a fever at 3 am for two days straight.

It’s the only one that could have a parent working ’till the wee hours of the morning to pay tuition.

It’s the only one that could have someone offering his life to save another. Ask any parent if he’d be willing to give up his life to save his child and I’m sure the answer is a resounding yes in a heartbeat.

It’s that one that would make a person want the best for his child and nothing for himself.

I once wrote an article about the mothers of children with autism and I got a glimpse of their struggles. They cry, they get heartbroken, they get disappointed at times but because of this beautiful, powerful love they wake up each and everyday ready to hold their children’s hands once again to guide them through their journey.

I remember my mom in her death bed. A few days before she died, as her condition went from bad to hopeless I held her hand crying , I thought she was sleeping. She must have felt my heart break at that moment, because parents know  even when children don’t tell them.

She mustered whatever strength was left in her to open her eyes and say “Wala ito anak, sipon lang ito [Don’t worry this is nothing, it’s just a cold]”.  At that moment it didn’t matter to her that she was dying, that she was in pain, that her frail little body had so many tubes attached to it, all that mattered to her was wanting to protect this child whose heart was breaking after seeing her that way.

Only a parent’s love so beautiful and so powerful can have someone wanting to protect a another from heart ache even while she’s dying.

I guess she was right. A parent’s love is beautiful. I may not have the chance to receive it anymore because my mom’s gone, but I get to give that beautiful, powerful love to my children each and every day.

2 thoughts on “A Parent’s Love is so Beautiful, It’s Almost Like Art”